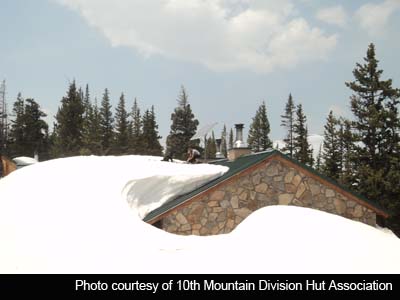 installed on three individual sites in Colorado’s Rocky Mountains have demonstrated long-term reliability and longevity despite extreme circumstances including a racking failure, high irradiance, freezing temperatures and heavy snow for months each winter.

A recent test by a certified North American Board of Certified Energy Practitioners (NABCEP) PV installation professional indicates that 10-year-old Kyocera modules are performing at more than 95 percent of their original rating in spite of the extreme environment at 8,500 feet above sea level, which involves the modules being buried under snow and enduring solar irradiance levels of roughly twice those of laboratory test conditions. 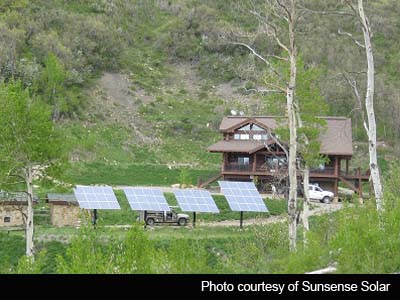 was re-racked in 2011 due to a mounting failure in which the post-piers migrated downhill, creating severe torque and stress on the module frames. Despite the structural damage, and after 10 years of operation, the Kyocera modules continue to perform well.

“We rebuilt the hillside and re-racked the system without needing to replace even a single module, and all 52 of the Kyocera modules survived this extreme racking stress in perfect condition,” said Steven Haines, Lead Solar Consultant for Sunsense Solar. “The results of the testing indicate that the modules are still producing above 95 percent of their originally rated short circuit current, even after a decade of service in an extreme environment. That’s significant, especially after the trauma they went through on the previous rack where they were twisted and pinched as the old ground mount rack settled down into the hillside. That could affect the modules’ waterproofing and potentially cause internal water corrosion damage, but the Kyocera modules are working great.”

Additionally, a duo of other installations using Kyocera solar modules in Colorado have been hard 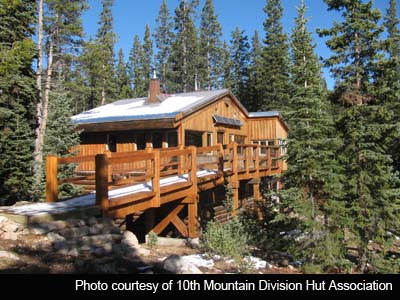 at work since 1991 and 1995, respectively, and both still power the loads they were designed for dependably and reliably. The 18- and 22-year-old systems electrify two backcountry huts in Colorado’s mountains as part of a network operated by the non-profit 10th Mountain Division Hut Association for outdoors enthusiasts. These off-grid huts are only accessible by skis, snowmobile or, in summer, hiking, mountain biking or four-wheel drive vehicles. The Betty Bear hut’s four Kyocera LA51 solar modules were installed in 1991; a system of the same size was installed on the Skinner hut in 1995. Both of the huts are located above 11,000 feet – where extreme heat, cold, and irradiance are the norm.

“Kyocera panels have certainly proven durable, and 10th Mountain Division hut visitors have enjoyed their dependable power for over two decades now,” said Ben Dodge, Executive Director of the 10th Mountain Division Hut Association. “While the elevation of the huts puts them in an extreme environment and users are sometimes not as gentle or informed as they should be, the panels have withstood these challenges.”

These installations validate other globally recognized tests and quality certifications that demonstrate the world-class reliability of Kyocera solar modules. Kyocera’s modules were the world’s first to be certified in the Long-term Sequential Test performed by TÜV Rheinland Japan. In addition, high-voltage stress testing by the Fraunhofer Center for Silicon Photovoltaics (Germany) revealed that Kyocera’s solar modules did not show any decline in output after being subjected to severe conditions.

“With nearly 40 years in the solar industry, Kyocera has proven time and again that its modules are highly reliable even in the most extreme situations,” said Steve Hill, president of Kyocera Solar Inc. “We’re pleased that these three installations in the beautiful mountains of Colorado are living up to our goal of offering dependable solar power solutions while helping to preserve the environment for future generations.”

To learn more about Kyocera Solar Solutions for both residential and commercial projects in the U.S. and Mexico, please contact infosolar@kyocera.com or 800-223-9580.

About KYOCERA
Kyocera is one of the world’s leading producers and suppliers of solar photovoltaic modules and systems. With a 38-year history of innovation in solar technology, the company is recognized as an industry pioneer and has set repeated world records in multicrystalline silicon cell efficiency. Kyocera serves thousands of residential and industrial customers in both developed and developing regions, with more than 3 gigawatts of solar collection equipment installed since 1975.